Nokia 9.3 PureView reportedly delayed yet again, this time because of the outbreak

It feels that each time another gossip about the Nokia 9 PureView continuation comes up, it’s about the telephone being postponed. The most recent piece of tattle is the same, HMD allegedly pushed back its leader to H2.
We’ve been finding out about the new PureView for such a long time that it was initially expected to be called Nokia 9.1. At that point it turned into the 9.2 and now it might come out as the 9.3 – HMD as of now renamed the Nokia 5.2 to 5.3 to keep the point names in a state of harmony.
The purpose behind this most recent postponement is nothing unexpected – the COVID-19 episode affected HMD’s store network seriously so the dispatch was pushed back to the second 50% of this current year (after it missed its unique 2019 dispatch window).
The lead should turn out in mid to late H2 and will likely utilize the Snapdragon 865 chipset (the change from the S855 caused one of the past postponements). HMD’s 8-arrangement headed toward Snapdragon 7xx mid-go chipsets, leaving the leader position to the PureView (and these postponements have opened up a serious hole in HMD’s lineup). 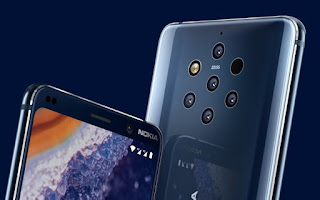 Notwithstanding its name, the Nokia 9.3 PureView is supposed to change to an increasingly conventional Nokia 8-style camera rather than the creative (at the end of the day not so incredible) Light camera. The telephone may have an extravagant under-show camera, however.
Source
Share
Facebook Twitter Pinterest Linkedin