It was late December in the south of England, and though it was only three in the afternoon, the sky outside Charlotte Holmes’s bedroom window was as black and full as it would’ve been in the Arctic Circle.

Yeah… the first line gave it away, didn’t it? Just a small bit.

Still, I wanted to talk just a little bit about it! 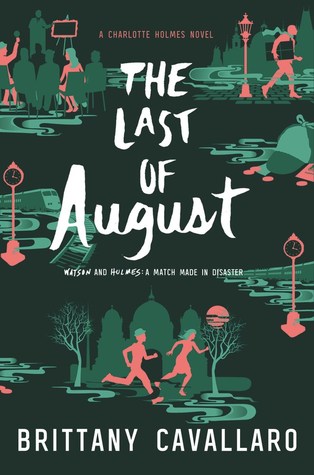 Right now, I’m about 40% into it. (Although, by the time this posts, I might be done!) And, I’m not loving it as much as the first book, but I’m still enjoying it. It’s so angsty and there’s definitely a slight love triangle. Although, not instalove so I’m okay with it!

Either way, I’m still really glad that I’ve jumped into this series.