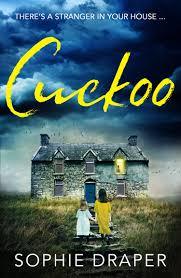 This ARC was provided by Netgalley! This will be published November 29th!

Seriously, I did. I thought that it would be a solid mystery, one that I’d probably 3-star and say was good if you like this sort of thing. It has all the cliched tropes that get reused in this industry over and over again. There’s nothing new or interesting presented.

Main character has a dark past. Her mother died, father remarried, father then died, and then she was raised by her abusive stepmother. Her sister left home early and they have a tenuous relationship. She’s basically a doormat and just got out of an abusive relationship.

Then her stepmother dies and she has to take responsibility of cleaning it all up.

There’s a mysterious neighbor and it’s pretty fucking obvious how that’s going to turn out. Weird guy who’s rude to her. Someone gets murdered. Things in her past come out.

I’m not joking you because that’s all that happened. I skimmed a lot and then I got to the reveal about her past — which was so damn obvious — I decided I was done with the whole story.

Honestly, I can’t find it in myself to recommend the book to anyone. If you want a thriller that you’ll breeze through and barely feel any connection to, this is it for you. If you love all the cliche tropes I named, this is for you.

I just expect a higher level in thrillers I like.

What’s a thriller that really disappointed you?
What thriller trope do you hate the most?