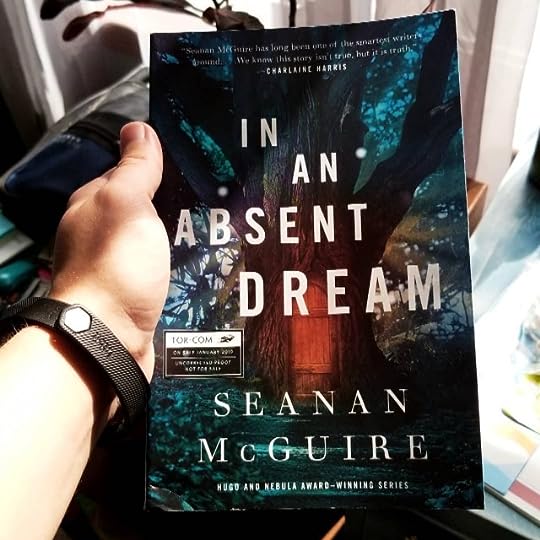 I received an ARC from Tor in exchange for an honest review! This will be published January 8th.

I didn’t love this book.

I had high hopes that this would continue my streak of 4-starring this series, but this kind of ended it. Of course, I’m going to have to round up on Goodreads, but it still is a very solid 3.5 for me.

I’m not saying that’s a bad thing. I love a good character study, but I think that McGuire really didn’t capitalize on the world. I understand that this is focused on the choices that Lundy made to get her to where we meet her, decades after all of this occurs, as a teacher. However, every driving force felt as if it was left out.

This book follows its own pattern. There were a few chapters of Lundy in our world, then a few where she goes through her doorway, then back in our world, and then the doorway. This back and forth isn’t bad, however there are driving forces that brings her back to our world that just aren’t written. It’s extremely frustrating since everything I wanted to know wasn’t on the page. Hell, there’s even a character who dies and is constantly mentioned throughout the story, but we never even met her and don’t know her personality or anything.

If you want to know and really cared about Lundy from the first book, then I think that you would enjoy seeing the constant wavering of what she wants in her life. The door to her world asks her to be sure, however she is never quite sure what she wants. Until the choice is made for her.

Obviously, this book isn’t a bad one, but it’s frustrating when all the factors that drive Lundy to her decisions aren’t on the page and so I have no real idea what went on. It’s just happened and that’s it and now here she is going back to our world with stories being mentioned but never explored.

And so, alas, this is my least favorite of the series and I had really hoped I would continue rating them higher.

Have you read this? What did you think?
What’s a book series that had a book that made your rating for the series plummet?