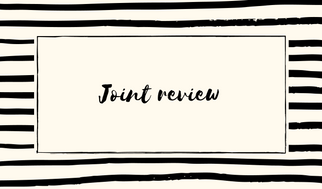 I want to get this off my chest first: I didn’t think that this was as good as The Song of Achilles.

The prose was just as great, the characters were interesting, but it didn’t have the emotional impact I wanted it to. I wanted to have my heart ripped out and my gut twisted up. But it didn’t happen. I enjoyed the story, but I didn’t really feel emotionally attached the whole time.

Now that’s out of the way, on to the rest.

I’m not familiar with Circe’s mythology outside of The Odyssey. That’s it. And I barely even knew that when we got to that part of the story, actually. I found it so enlightening to see just how many myths converge with her own, even tangentially. It kept me interested and intrigued to see where it was going because of my ignorance. I genuinely wanted to see where the story would go.

But, there wasn’t a strong story involved. The plot was a character study. It showed how she changed throughout her life, leading her to the decision she makes at the end of the book. And then the story ends.

I think that this could have been structured differently to make it a bit more interesting and grabbing. Again, I really enjoyed it, but when I look back on it I think that it could have had more oomph throughout the book that might have gotten me more attached to the characters. Because while I found Circe a very sympathetic character, I didn’t fall in love with her like I did with Patroclus or Achilles.

This book is a completely different book than TSoA. It’s good, but I had wanted a bit more. Perhaps with a reread, I’ll appreciate the book a bit more since I won’t be waiting for something that won’t happen.

I have to say that I agree completely. The Song of Achilles was a much better book and far more emotionally impactful for me. I sobbed at the end of TSoA. I didn’t even tear up in Circe. However, Madeline Miller is one of my all time favorite authors because her writing is gorgeous. Some of the best I’ve ever read and I’m not exaggerating. I was not disappointed with Circe one bit. In fact, it exceeded my expectations.

I knew absolutely nothing about Circe going into this book. I haven’t read The Odyssey and know very little about Greek mythology outside Xena: Warrior Princess. Which took liberties with myths, let’s be honest. So, everything about this book was surprising to me. From the beginning of her life, to meeting Odysseus and several other familiar characters from myths. I was constantly intrigued to find out what was going to happen.

It’s true that this book is a character study, but I have no issue with that. I love character studies and being inside of Circe’s head was fascinating. It was so interesting to read about immortality from the perspective of someone who was immortal. Not only that, but someone who always felt different from everyone around her. To me, that was what kept me going. She wasn’t perfect, she didn’t always make the right or selfless decisions, but she was always compelling to me. I found her very sympathetic throughout, even when I didn’t agree with her actions. I always relate to characters who feel like outsiders and who often experience rejection. #tooreal

I won’t talk about the ending in depth, but I really enjoyed it. I liked how the book ended and I think it was very fitting. This book was an epic spanning hundreds of years of the life of a God and I found that so so interesting.

Just go read Madeline Miller if you haven’t already. Whether it’s this or The Song of Achilles just go read her work. I honestly can’t wait for her next book, even if she doesn’t know what it is, I don’t care. I just want it now.

Madeline Miller is a great author. Seriously. I think she’s fantastic because she knows how to write and it’s fantastic. Anything she writes, I want to read. And she definitely has found her home with writing retellings of Greek mythology.

Circe was a very interesting character, I agree. But did you get attached to her? I liked her for sure and I thought she was interesting, but I didn’t necessarily feel much for her. If that makes any sense. I liked her but I didn’t love her. She was developed yet felt very underdeveloped in some ways.

I don’t think I loved her and I think part of that was because she was a God and she thought and lived like someone who was immortal. But, I did really enjoy her character far more than I expected. I felt for her more in the beginning rather than at the end of the book, but I felt there was a lot to like. There was a lot of time we spent in her life and I think it was hard to take in all at once.

How did you feel about the ending? No spoilers, I promise.

Exactly! I love how she twists the tale and keeps it going. And how she seamlessly combines the myths along with works about parentage of people so you see how interconnected it all is. I mean, it’s crazy. I was familiar with most of the myths Miller brought into the story, but I didn’t realize just how interrelated everyone was.

Yes, I agree. Circe has a reputation and, I think, gets mixed a lot with Calypso, the woman who held Odysseus captive. They get combined together and that’s about it. I liked how I was able to see her unique mythology, although she was a side character in her own story many times.

I thought the ending really fit, although it felt a bit abrupt. I wanted it to be drawn out more and to see more about her life after the choice she made. But, it felt like the whole story led up to that (when I sat and reflected for a little bit after the initial shock). And then that this book was a prelude to her life really beginning, then we were cut off all of a sudden.

Basically, this book is really good (we both thought it) but there were some things that we thought worked but at the same time needed just that little bit more to it. One we’d recommend for everyone to read, but it has a very different tone than her other book. 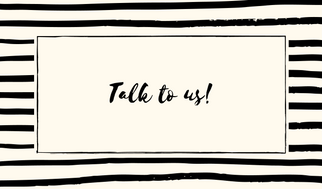 Have you read this book? If so, what did you think of it? If you haven’t, do you really want to read it? How do you feel about character studies? It’s also Chantel’s birthday today so wish her a happy one!!!

13 thoughts on “Circe by Madeline Miller”