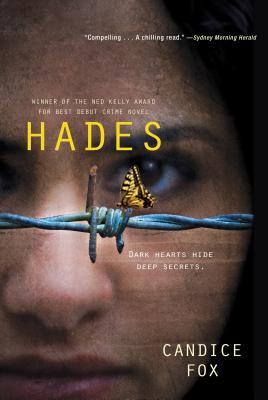 A while ago, I read this book as an ARC before it became available in the US. And I remember really liking it. There’s a review of it on Goodreads, but I know I’m going to be replacing it. But, I gave it a nice review and rated it at four stars. Luckily, that didn’t change for this reread!

The book has two stories that eventually meet up. The first is about the past, going over how Eden and Eric grew up. Victims of a senseless crime, orphaned, and raised by a man good at crime, they aren’t exactly set up for good. But they end up detectives in Australia.

The other story is in the present, mainly told by Frank, Eden’s new partner. Day one and he’s thrown into an insane case that involves tons of missing bodies being recovered. And then he starts getting suspicious about Eden and Eric.

Really, I thought that Frank was a character anyone could like. He was personable and kind, then he had a wicked sense of humor and a history that isn’t great. Eden was also an interesting character. I thought she was the one that as most relatable to, even though you don’t get a great sense of who she is. But you know enough that you can understand her despite how different she is.

Fox is a great writer. The book is easy to read and follow. She also wove a great story. However, I had an issue with how the two stories came together in the end. It didn’t work for me. It felt too contrived. Then, the romance that was injected into the story didn’t work either. Another part that I thought was unneeded in the end.

Other than those two areas, the book was great. I enjoyed it quite a lot and I’m very excited to continue the series.

2 thoughts on “Hades by Candice Fox”