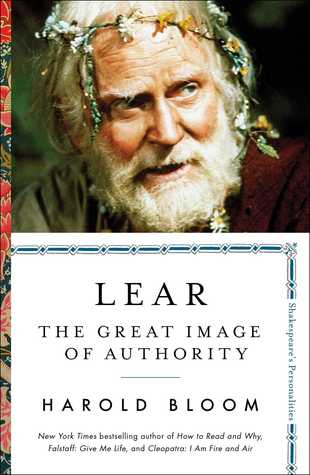 Thanks to Netgalley for a review copy. This did not affect my opinion.

Last year, I read Cleopatra: I Am Fire and Air, an analysis of Antony and Cleopatra by Shakespeare. That was the first time I had ever heard of him. Everyone calls him a renowned Shakespeare expert. It just didn’t feel like this book was his finest piece on Shakespeare. I got more out of reading the play myself (which I did in prep for this book) than reading it.

While this says the book is about Lear, it felt like it was about everyone but Lear. There was more time spent on Edgar, the legitimate son of Gloucester who was being plotted against by his half-brother, than anyone else. I expected this book to be a very close analysis of Lear’s character since he is such a unique one. The slow devolution into insanity and madness, which he already had a thin grasp of already.

The most I got out of this was that the use of “nothing” is very purposeful in the play. And that everyone else has a real role and uniqueness that Bloom focused on rather than the titular character. Even with that, the book felt jumbled and without a thesis whatsoever. It starts off with a comparison of Hamlet and Lear (which did nothing) and moved onto completely rehashing the play. There were more quotes pulled from the play than actual analysis of what was taken out.

Overall, this didn’t feel like an expert telling me about Shakespeare and giving me the hidden meaning of the play, but an overlong essay that I could have written back in my AP Lit class that earned me a barely passing grade.

One thought on “Lear: The Great Image of Authority by Harold Bloom”

To feed my royal obsession, I decided to pick this book up! It's about the brothers and WWII, showing their differences and the rifts that happened during that time. So far, it's really interesting! I'm happy I picked it up. 👑 What historical feuds or rifts fascinate you? 👑 #bookstagrammer #bookstagram #royalfamily #historicalnonfiction #windsors #amreading #currentlyreading
I have new Funkos for my shelves! Hot Topic had a sale and I decided to get Commodus and Maximus because I love Gladiator. I put them on my general nonfiction shelf and they look so good. 🗡️ What Funkos do you want for your shelves? 🗡️ #shelfie #bookstagrammer #bookstagram #gladiator #funkopop #funkocollector
I finally got my hands on a copy through the library and decided to dive into it last night! So far, I'm enjoying it. It's so sweet and is a great break from studying for my licensing exam, which is what I was hoping for! 🏈 What are all of you reading? 🏈 #bookstagrammer #bookstagram #currentlyreading #amreading #reader #throwlikeagirl #sarahhenning
This is a book I'm reading right now! I read it ages ago and honestly don't remember much about it. So far, it's interesting but I don't know how well it represents suicide and it's very make gaze-y for me. 📚 Have y'all read this one? What did you think? 📚 #currentlyreading #amreading #thevirginsuicides #contemporaryfiction #bookstagrammer #bookstagram
My @owlcrate box got here over the weekend! Swipe to see the spoilers! 🗡️ The mug is so, so cool. I could have taken more pictures of it, tbh. I'm excited to read the book and I really love the cover! A good box and a nice way to start the year! 🗡️ What did y'all think of this box? 🗡️ #owlcrateunboxing #owlcrate #booksubscriptionbox #bookstagrammer #bookstagram
My dear followers, this is the last time you'll be seeing a stack of textbooks. 🏫 I'm going into my final semester and these are the books they chose for me. One class is about crisis intervention and suicide risk reduction. One is about a specific therapy. And the last is about cultural diversity and social work. 🏫 Wish me luck, y'all! The homework starts today for me! 🏫 #studentlife #bookstagrammer #bookstack #bookstagram #socialworkersofinstagram #personalpost