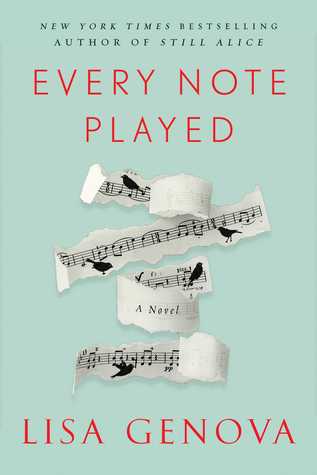 Thanks to Netgalley for giving me this ARC in exchange for an honest review. This did not influence my rating.

I’m starting off with this: It’s not a bad book. I’m sure I would have given it two stars if I read it to the end. But, it was just a not for me book.

The focus was on a divorced couple. The wife, Karina, is a natural caretaker. The husband, Richard, is a world-renowned piano player (who is also an ass). Richard gets diagnosed with ALS. They have a lot of bad blood between them. He’s losing his ability to do what he loves, just as she’s failing to become her own person after a divorce.

And that’s it. I got over 50% into the book and that’s all that happened. Things happened between them in the past that caused their feelings, but it was only hinted at. Nothing was discussed.

While this is written beautifully — both the lyrical prose about their relationship and the frank picture of what’s happening to Richard — but it was boring. I got bored of reading the same sentences structured in different ways.

It just didn’t work for me.

One thought on “Every Note Played by Lisa Genova”