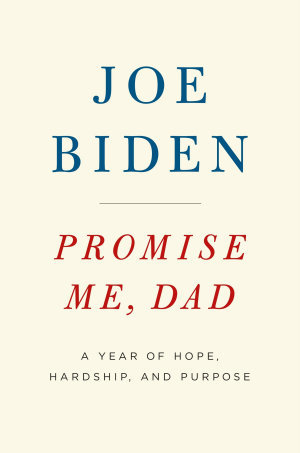 To me, this book was an explanation. Perhaps an apology, but mainly an explanation about why he chose not to run. And, I don’t have much to say about this book. It’s incredibly well-written and insanely moving. Between bouncing about domestic and foreign problems that came up during this period (2014-2016), it also covers his son’s, Beau, battle with cancer that he eventually lost.

And, yes, I did cry. A few times. And teared up about every single chapter. So, don’t read it in public. Unless you like crying in public, then go for it and don’t let me dictate your life.

What I really loved was how Biden quietly showed just how much he had going on in his life, without it feeling as if he was hammering it into me that it was too much stress and too many hardships that were pressed upon him. He showed exactly why. He weaved in the never-ending Ukraine/Russia problems. The issues with ISIL and trying to get people from the area to work together. The domestic shootings, from the two police officers murdered in their patrol car to the Charleston shooting. And then he covered Beau’s cancer and the progression of that. He explained the difficult things, using them quietly to make the point for exactly why he chose not to run.

An extremely good memoir for a very specific period in his life. I’d highly suggest it.

One thought on “Promise Me, Dad: A Year of Hope, Hardship, and Purpose by Joe Biden”