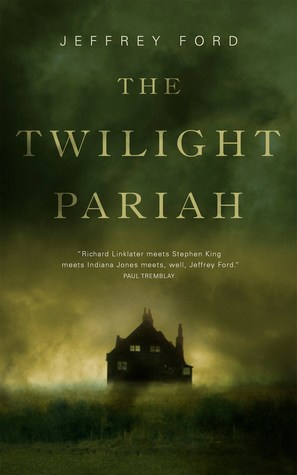 I got this for my September PageHabit box and, well, wasn’t too excited about it. I trust an author who is a reviewer first and foremost. He said it wasn’t good. Sadly, I have to agree with him. I started this on Halloween because I wanted a short and spooky read. However, it reminded me of Ghost Adventures.

I hate watch that show. It’s stupid. The people in it are absolute idiots who have no credibility with what they do. It’s a goddamned joke where nothing happens but they make a huge deal out of any little thing that they might find. Basically. it’s a lot like this book.

The barebones plot is that three friends go to an abandoned house while drunk and decide to be archeologists and dig it up. Logical, right? So, you know, casual breaking and entering, along with digging things up. But, that’s about all that happens in the book. Some weird shit goes on and some really weird plot that’s held by a tenuous thread. It was just absolutely boring.

The reviews by authors lie. It’s nothing like Stephen King or Indiana Jones. I was laughing but from the book’s actual humor and unintended humor. I wasn’t scared one bit. All of this book felt immature, not as if a seasoned author crafted it.

Basically, I’d avoid it if you want something freaky but if you want a book where nothing happens, go for it.

2 thoughts on “The Twilight Pariah by Jeffrey Ford”