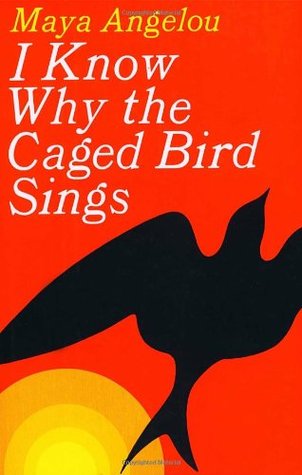 Memoirs, generally, is a genre that I love and dislike. One of my favorite books is a memoir, In My Skin. The topic explored is heavy and beautiful, yet things are always up for error and change since it’s a person’s recollection of what happened. Memories are flawed and you can twist them with hindsight. This book is sort of like this.

Maya Angelou is the ultimate example of memoirs. She captures the moment as she remembers it, yet without letting her adult mind take it. She lets the thoughts or beliefs she had stay as they were in the past. The flaws she had, she let stay. That made the book hilarious at times. Such as, her trip to Mexico when her dad got drunk as hell and she had to learn how to drive. Or anything to do with Momma since that woman was great. Or thinking that she was turning into a lesbian since, you know, that’s how it works.

Yet, on the flip side, it’s heartbreaking since she keeps with those beliefs. Momma and the white dentist who refused to serve them and Maya’s disheartened look on life. Then, most importantly, her rape when she was eight. That was told in a graphic way, yet it was unflinchingly honest to give you insight into how grooming worked and all the emotions she had. Before I finished the book, I found a review (won’t give a link to it) that 1-starred the book and said it was because she didn’t want her son exposed to “R-rated” material in high school that details rape. Sorry, but as a man, I think reading things like this have strengthened me and helped me gain more insight into something that I, quite frankly, won’t have the same experiences with. I appreciate her writing so candidly about something that caused her so much pain.

And that ending. Ugh, it was so good and it makes me want to pick up the second one.

All in all, I loved this book. It’s an utter classic and I see why. Luckily, I bought myself a copy of this under the pretext that I’m going to write about her for a project.

One tangent. My group chose Maya as our topic for a class about women and culture. We democratically chose her, too. My professor came around to each group to find out who we were thinking about doing and so I told her exactly who we had chosen. She looked at us and said: “Okay.” Not the okay like “Go for it!” but the okay like “Eh, I guess that works.” And then she asked us: “Why?” And I stared at that woman for a few seconds and came up with an answer. It wasn’t until later that I decided on something more eloquent.

Now, I might be a white man who will never truly understand what she went through, I can look at her and see her for the amazing woman she was and continues to be. I know my professor won’t see this, but, well, that’s my answer to why Maya’s a great woman.