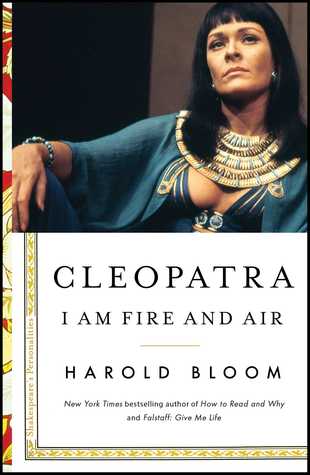 Thank you to Netgalley and Scribner for giving me this ARC in exchange for an honest review!

This is a fact that I’ve likely written about before in various reviews. I love Cleopatra. I have since I was about 10 and her life story is absolutely fascinating. Once upon a time, I could recite everything about her life. Siblings, children, general trajectory of her life. To be honest, I probably still could. I’ve sat through the 1963 movie about her at least four times. The movie’s four hours long.

The reason why I requested this was because I thought it was a biography on her. Call me an idiot, but I really did. It wasn’t until I opened it that I realized that it was a close analysis of Shakespeare’s play. I’ve read the play (along with close to everything else that Shakespeare wrote) and loved it. Just not a huge analysis type of guy since I think Shakespeare should be performed, not discussed. He wrote it for enjoyment, not for English majors to create a thesis on that everyone else has discussed.

Bloom is an eminent literary critic and I thought he brought his A game to this. His thesis, roughly, is that Cleopatra is an ever-flowing, ever-changing actress who plays herself to the end. He constantly compares her to Hamlet and Falstaff, yet she differs vastly. They both play themselves to the end, yet each goes out quietly while she goes out with a bang. He really backed it up with tons of textual evidence, enough to convince me and expand on my enjoyment on the play. Really, it made me want to reread it.

What I really loved was Bloom’s analysis of Cleopatra and Antony (Marc Antony, her second lover/third husband). While she’s the moon, waxing and waning yet always returning to her full, Antony is the sun. He burns brightly until he absolutely implodes. I thought the analysis was fantastic and probably the most compelling evidence that he presented since, again, it just adds to my enjoyment of the play.

However, I don’t think he sold me on this play being a tragicomedy. Sure, it’s comical at times. The histrionics that Cleopatra pulls and Antony’s general idiocy is pretty funny when you think about it rather than get swept up by the language. Yet, it’s a flat-out tragedy for me. The decline of two personalities that could rival the Kardashian family any day.

This book goes super fast for analysis. I highly recommend it for those who like Cleopatra, Shakespeare, or some combination of both like I do. It’s compelling, even though it’s an analysis.

One thought on “Cleopatra: I Am Fire and Air by Harold Bloom”