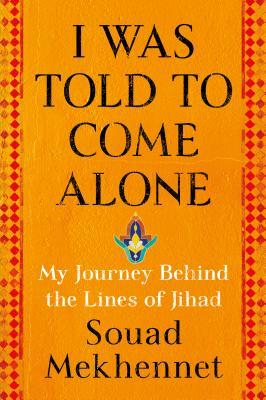 I heard about this book earlier this year thanks to the New York Times’ The Interpreter newsletter. I was sitting at work and saw that I had gotten an email from them. Since I’m now an avid news reader, with the NYT as my favorite, I started reading it when I got a chance to sit down for a bit. Their interview was with the author, who talked some about her book and experiences. Me being me, I immediately went to my library’s website and placed a hold on the downloadable audiobook.

Boy was this good. I think it takes the cake as one of my favorite non-fiction books this year. It begins with her explaining about her life, her beginnings in Germany and Morocco, then through school and into her early work. It covers the course of her life so far and it is an impelling listen/read. Honestly, I didn’t want to stop listening to it because her story was so interesting. More importantly, I was shocked that I had never heard of Souad. A Muslim woman born and raised in Europe, who now writes and has contacts in various jihadi groups? And who also played a huge role in uncovering Jihadi John and explaining to the rest of the (white) world why we’re hated? I mean, this is legendary.

Without giving away anything, because I definitely think that it’s best to read this instead of read about someone’s take about this interesting book, I think my favorite part was seeing all of the parallels between her life and the current people fighting for Islam. European born and raised, second-generation, sees the double standard all around them about whether they’re European or Middle Eastern, the anger that brings. Radically different reactions to it, but I feel that’s why she was able to slip in so easily into the world and end up with so many contacts who actually cared about her despite different ideologies.

I highly recommend this book to anyone. It’s very well written and just an interesting topic matter. Even more timely as the world changes even more while people try to come up with reactions to it.

One thought on “I Was Told to Come Alone: My Journey Behind the Lines of Jihad by Souad Mekhennet”