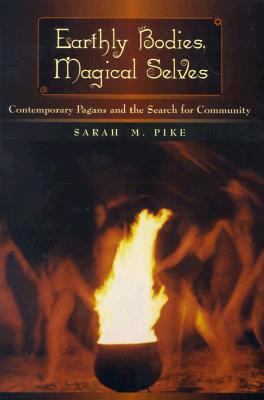 First, let me give my bias to you. I am a very nontraditional religious person and, at times, a pagan. When I was a teenager, I looked into Wicca as an option for myself and while I decided it wasn’t for me, I do love the principles behind it. As I said, I’m nontraditional. While I have a quick answer for my religious beliefs since most people will understand a single religion as an answer, I’m very integrative. If I like a concept or a belief, I’ll likely incorporate it into my personal theology. That means I’m a lot like neopagans, so I sympathize and understand them in a way many won’t.

That out of the way, I’ll start in.

I read this for my New Religious Movements class as the last big topic of ours after covering who knows how many religious movements now. We focused on the topics of self-identity and cultural appropriation, so I likely won’t discuss them but more of the book itself.

I thought that Pike tackled the topic of neopaganism in a unique way. Instead of trying to categorize or create lines in this incredibly diverse group of people, she looked at a single concept that they all have in common: Festivals. They all have festivals and go to them. There are ones that are more specific, but all of them incorporate everyone. It’s an individual religion but also extremely collective. It doesn’t matter who or what you worship. Any god/goddess/fairy/etc can be included.

Then Pike shows the lines that they draw. Between shrines and altars. Between religious groups, namely Christianity. Between themselves against Satanists (which is not what you think, and if you want to know more I’d be happy to discuss). Within themselves for what is appropriate behavior during festivals, which is largely seen as a hedonistic event where everything goes.

It’s an impressive job that Pike took on for herself, then finding the research to back up her claims and to reinterpret what they said. I definitely want to reread this to further understand this group that I, at least somewhat, belong to. It’s a very interesting and easy to read book, even with the dense topics that are covered.

One thought on “Earthly Bodies, Magical Selves: Contemporary Pagans and the Search for Community”