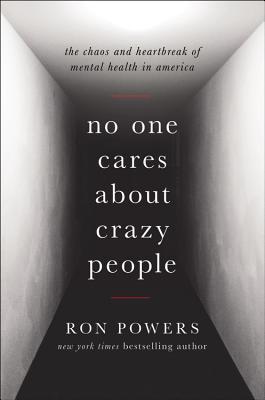 Ron Powers’ story is such a compelling one. In this book, he tackles explaining the current state of mental health in America and showing us his own experiences with his sons. Both of his sons, Kevin and Dean, have battled against schizophrenia from the time they were young adults.

Schizophrenia manifests in young adults, and some people see that as a part of synaptic pruning. Sorry to get all technical, but synaptic pruning occurs in neural development when our brains are still developing, but also when they’re adults. We’re born with more neurons than we actually will need, so when we become young adults, our brains start getting rid of (aka pruning) the neurons where connections were never formed. Some think that this pruning causes the brains to add in extra things, which are the positive symptoms of schizophrenia.

Schizophrenia can be a devastating disorder for people, although there is some hope. If you have more positive symptoms, which means it’s likely a dopamine imbalance, it’s easier to treat. The earlier it’s caught, the better treatment outcomes can be. Involving the family is great and teaching them is even better.

However, how can we have treatment if there’s no one to provide treatment? It’s a difficult disorder to work with, then add in the stigma of it and the preconceived notions and it’s even harder.

Ron Powers tries to tackle these problems by explaining how we got here. And, really, that we’re no different than earlier generations. However, I think it was out of place to try and address them as a whole. His story about his sons was far more compelling than that of the history of schizophrenia and the treatment of any mental disorder in America. At times, it felt awkwardly placed, this history. It would have been more compelling to have contemporary views, with minimal historical explanations, integrated into his sons’ stories.

It’s a very good and compelling book. There were times when I had to take a deep breath because it was so sad. One survived his battle, the other did not. And that by itself says a lot. If you read it, try the audiobook. Powers narrates it, and he also reads essays or plays music that his sons made, which makes the story even more touching. It’s one thing to abstractly read articles (scholarly or not) and another to really realize these stories are realities.