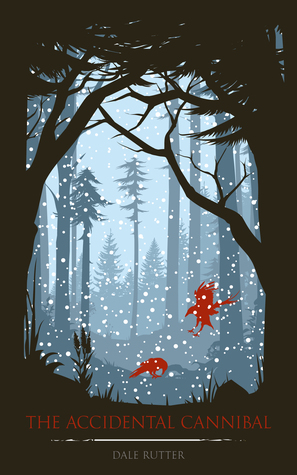 DNF at 20% and I received this book from the author for an honest review.

I think it says something that I DNFed the same book at the same spot. To sum it up, my original issues were to do with pacing, writing, and setting. The pacing was off because it felt so rushed with no build to the story. Then, the writing was awkward on many levels. The original I read was set back in 1000CE England, after William the Conquerer. But it was in the vernacular. And also had a lot of grammatical issues.

Dale came back to me after doing a major rehaul of this book and so I agreed to read it again.

Sadly, I have the same issues as before.

The pacing was so awkward. Instead of a slow build of the story and discovery, the discovery happened by about 15%. Then, it was all random stuff. I don’t get why half the things happened that did and the whole plot of the book — aka the discovery of the fact that he was a cannibal — should take longer. Far longer. He changed things, but not very much. The same things happened as in the first version I read, so it felt like I was reading basically the same book.

Dale changed the setting from England to a dystopian. Yet it was still in 1071CE, which means that the writing should still be not in the modern vernacular. I wanted it to feel like I was in the past, albeit a dystopian past. But it didn’t. It was just like a contemporary novel.

The writing was the only improvement. He changed a lot of the grammatical issues that bothered me, so I was pretty happy about that. It read so much easier, despite the issues I had. There’s a good story buried in here, I know, but it just didn’t show through for me. Pacing and setting still needed revision.