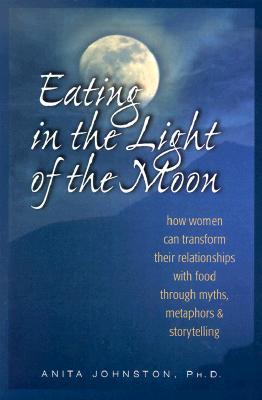 I’m going to start my review with this: If this strategy and/or book helped you in your recovery, that’s great! Good for you and I’m so happy that you succeeded. That’s a huge step and something to be proud of. Keep using this because it’s obviously working for you.

I had some problems with it. Obviously.

I think my biggest problem is the idea that a clinician really thought that eating disorders are caused by a disconnect from their original feminine nature. Modern life is too masculine and it cuts women off. I find modern life pretty feminine, honestly. It’s more masculine, sure, but it still has a pretty good balance. If you want the full quote, click here because someone who didn’t like the book put it in there. And they point out things I likely won’t.

This book only focuses on women who have eating disorders. That’s it. There’s no way men can get this because, well, men are the problem in the view Johnson has. She constantly talks about gender differences when, by fMRIs and other imaging software, neuroscientists have found there’s no such thing as a male or a female brain. There’s mostly overlap. Same with society. Most women are masculine in some ways. Most men are feminine in some ways.

She also ignores the trans community as a whole — transsexuals, gender non-conforming, non-binary, genderfluid, etc. I’m a transman and, for a while, I had a problem with eating. This was rooted in the idea that if I didn’t eat, I’d be small enough to be a dude. No breasts, no period. However, I love food too much and that utterly failed since I’d cave by lunch every single day.

This book just assumes that all women who have eating disorders are disconnected with their femininity. I would say that a lot of women who have EDs are trying to be more feminine, not less. They’re not disconnected, really. Just taking the idea and completely changing it, or trying to fit into what we say a woman should be.

All of that pissed me off, but I think the thing that honestly pissed me the most off was her comments about alcoholics and people who have substance abuse disorders in general. She basically says that people who are alcoholics drink because they want to. They aren’t trying to hide some sort of problem. There’s no underlying cause to their drinking. That is fucking bullshit. Talk to an alcoholic, maybe. Talk with them about why they drink and you know what? You’ll find something.

The thing is, with EDs and substance abuse disorders, you have to first treat the problem that they’re presenting. Their starvation. Their binging and purging. Their excessive drinking. Their heroin/cocaine/meth habit. Do that first. Get them off what their using and then you can treat the underlying problem that got them to use food or drugs as a crutch.

Anita Johnson, I really feel for the people who you treat at your clinic. I really hope that you don’t actually use this treatment or at least use it in conjunction with an empirically based treatment for women (since this “treatment” can only be used on women) who show an interest.