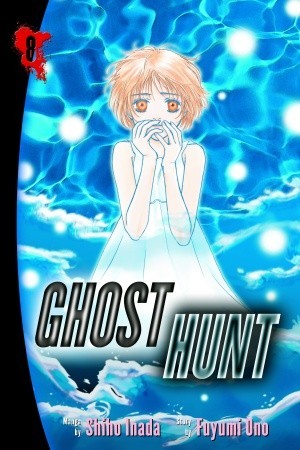 I’ve only really had one manga that I like and this is it. I watched the anime series on Netflix as a whim. I love ghost-y things and being creeped out is my aesthetic, so it had looked up my alley. And, now I’ve wound up going through interlibrary loan a million times to get the mangas one at a time, even though all of them were made into different episodes.

This didn’t disappoint me on the creepy factor. Possessed people. Weird dreams. Premonition. Terrifying kids. All up my alley completely. And, for a while, I didn’t recognize this story. I still don’t remember the ending, but my heart rate went up for sure. I had on something cheerful in the background because I have to multi-task. Still got freaked out.

However, I still have my problems. As I did in the anime and in the other volumes, I find Mai extremely annoying. She’s just one of those annoying people I hate spending time around. Especially since her mood swings are insane, like in many teen girls. She’s also too perfect, too. In an odd way. Yes, she has her flaws, but she still seems perfect. Everyone sort of just goes with her actions, when I know I’d be calling her out on her shit.

Then, there’s Naru. I like him and I find him interesting, but he’s a Gary-Lou (or whatever the male equivalent of a Mary-Sue is called) to the extreme. He’s 17 and running his own company with tons of money at his fingertips. It’s so unbelievable. Not only that, but he’s so perfect. He can do nothing wrong. Even when he messes up, there’s some way that he fixes it all. I mean, that’s just not how the world works. I worry about anyone giving a teenager that much money and power.

The high rating is just because of the plot and great use of mood to create that intense feeling of foreboding. The main characters could be better. I prefer the side characters to Mai and Naru.